Appreciation for The Man of Nightstone

September 01, 2018
A swashbuckling but ambiguous hero.
A ferocious and fear inducing villain.
A noble police chief.

And yes, some undead, too.

Breathtaking twists of plot - No one and nothing is what they seem to be on first looks.

Each narrative voice genuine and authentic in itself.

Avoids cliche like a horde of the undead - damn difficult feat to pull off in this genre.

Told in a narrative style that is unhurried, letting the reader savor the multiple flavors being offered, yet never letting the pace down.

This first book (I think it's going to be a trilogy) is a fully satisfying self contained story, brought to a satisfactory conclusion, yet leaving enough open plot points to get an energetic jump start into the second.

Well done, Devon Drake!
Can't wait for the second one!!
Please bring it out before I forget this story :-) 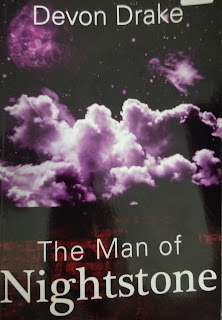